Have you seen my most recent posts?

Can’t decide what to read? Here are my most popular posts:

Hello! I recently went to an Urban Decay advanced masterclass in my local Debenhams and the price of the masterclass was redeemable in product and so I decided to pick up the Urban Decay Naked Skin foundation. When I did the Urban Decay make-up course around 2 years back I picked up the Naked Skin foundation for the first time. I liked it then but I didn’t know any better,or worse since it was probably my third foundation ever. After I finished it I stuck to trying out different foundations and never bothered repurchasing it. Then around about the time the All Nighter foundation came out I decided to go for it and get a colour that matched my natural skin tone since most of my foundations were too dark for me. I remember the first time I used it I was not impressed because it oxidized on my skin, hence making it darker and I already had enough darker foundations. However seeing a few people really liked it I started using it a little more often. Then by the time the masterclass came around I said I would finally repurchase the original Naked Skin foundation. So I’m going to compare both foundations and try them on 🙂

I wore both foundations for around 4 hours for the purpose of the post. I know that doesn’t show whether or not they’re long lasting,but really I just wanted to give mini try-on reviews of both of them. If you were thinking of buying one but you didn’t know which one you would prefer this could help you with your decision, or maybe this could help you to decide that neither would suit you.

According to logical harmony Urban Decay is currently cruelty-free. Also according to UD’s website both products are Vegan, if anyone was curious.

So I applied the All Nighter foundation on one half of my face and the Naked Skin foundation on the other half. My face was  not primed and I had washed and dried it around 30 minutes beforehand . I used a Wet n Wild Flat Top Brush to apply both foundations and I used the Real Techniques Blending Sponge to go over that just to remove any extra product and make everything look more blended. I cleaned the brush off a tissue in between applications as well to try and make my face 50/50 with the two different foundations. I used shade 1.0 in both foundations. I used one pump of each to cover half of my face. 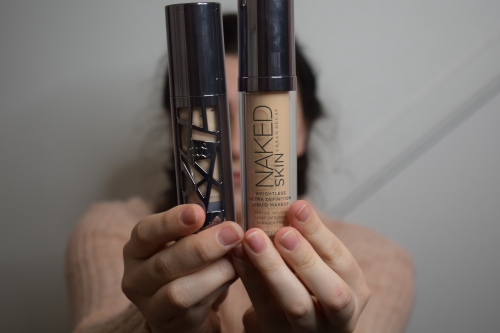 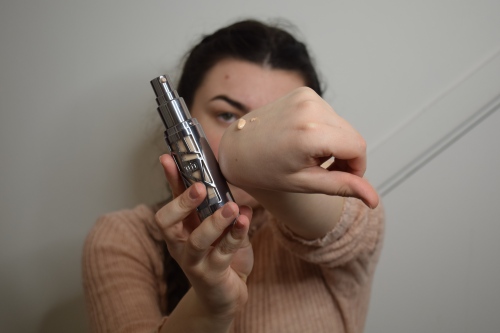 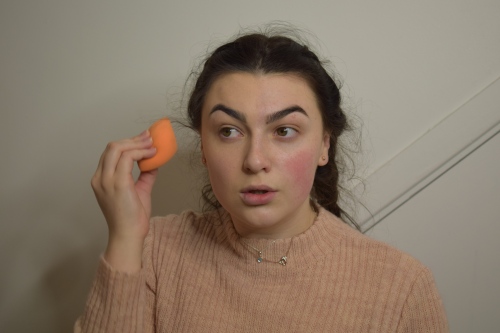 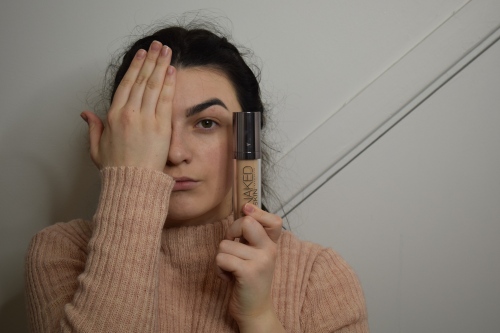 I added the above picture to show the oxidation of the UD All Nighter foundation. The lighter colour is the foundation just freshly applied and the darker next to it is the same foundation pumped out 5 minutes previous. 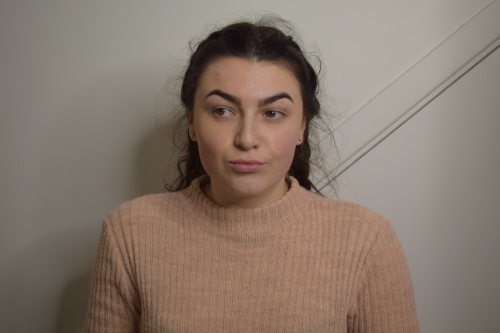 I wore the UD Naked Skin on its own the next day, here it is just to compare.

And that is all I believe, If you have any questions about either foundation leave me a comment ! I hope this has been helpful to anyone who wasn’t sure which one to go for, or if you just wanted to have a snoop. A big thanks goes out to my mom for taking the pictures for me again ❤ Also I recently created a littlemisslaur page on Facebook so please like and follow me there if you haven’t already the link will be somewhere to the right of this post .

Have a great  St. Paddy’s weekend!

View all posts by littlemisslaur